6 Ways Your Mental Health Might be Affected by Substance Abuse 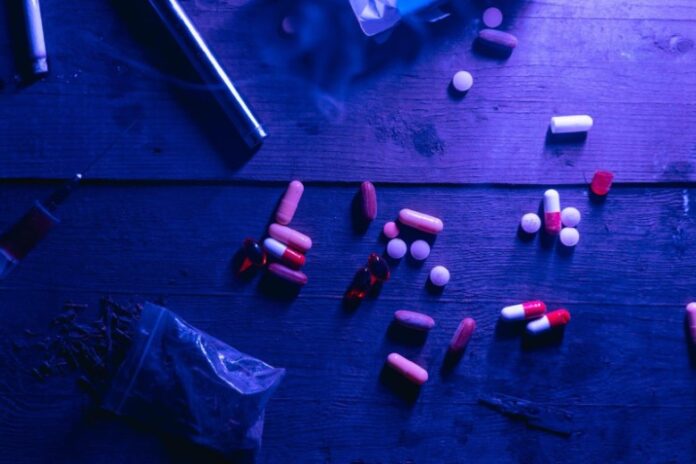 Substance abuse is a serious issue affecting our society today. According to the World Health Organization, over five percent of the world’s population has taken illicit drugs.

In addition, the Center for Disease Control (CDC) reports that the number one preventable cause of death in America is excessive alcohol use, causing approximately 140k deaths every year.

As if all the above was not alarming enough already, experts also say that substance abuse has adverse effects on your mental health.

Depression is a common side effect among people battling substance addiction. Substance Use Disorder (SUD) can cause you to feel alone, sad, and even hopeless, feelings often linked to depression.

Depression can wreak havoc on your personal and professional life, making it difficult for you to maintain a healthy lifestyle. It is problematic because the more depressed you are, your chances of using substances to subside any emotional pain increase. Over time, SUD can also lead to health problems like brain damage.

If you need help with your dependency on intoxicants, facilities like Serenity At Summit provide excellent treatment. They also have great resources like family programs, which allow your family to partake in your treatment and recovery, which can positively impact your recovery.

According to the Anxiety and Depression Association of America (ADAA), nearly 20% of Americans with an anxiety disorder also have SUD. SUD can worsen your anxiety because it will cause you:

In addition, alcohol use in large quantities can also cause anxiety due to the tolerance your body builds up for it. People drink alcohol to relieve stress. However, the effects of alcohol are temporary. Because of this, you may want to drink more and more, which can lead to dependency.

Furthermore, drugs like marijuana are also linked to generalized anxiety disorder. Usually, people smoke marijuana to relax or escape problems. However, like alcohol, the effects are temporary, which can tempt you to smoke in large amounts leading to dependency.

SUD affects many areas of your brain, including areas critical to sustaining life. It also affects areas that control emotions and how humans think.

According to The Journal of Addiction Science and Clinical Practice, “The brain regions and processes that underlie addiction overlap extensively with those that are involved in essential cognitive functions, including learning, memory, attention, reasoning, and impulse control.”

In addition, SUD can hamper your learning ability, negatively impacting your treatment and recovery process.

Drug-induced psychosis can also worsen and trigger other mental disorders like bipolar disorder and schizophrenia.

Suffering from drug-induced hallucinations can increase the likelihood of you performing risky behaviors. These behaviors can cause you to physically harm yourself or even others. Lastly, hallucinations can also be terrifying, instill paralyzing fear in you, significantly affecting your ability to live.

According to research, over 70 percent of people who underwent treatment for SUD admitted to engaging in violent behavior like physical assault, mugging, and other violent crimes.

Additional statistics show that SUD causes over 50% of domestic abuse deaths worldwide. Lastly, people who use substances are more likely to commit suicide.

The conclusion to all the above facts is that SUD forces you to do things you would otherwise not do.

Sleep disorders like insomnia are closely linked with SUD. It is actually the most common cause of SUD. People who have trouble sleeping often turn to substances to cope, as proven by research. The irony is that the use of substances can lead to insomnia because of their adverse effects on the brain and body.

Insomnia will significantly affect your mood and mental state. It will also hamper your ability to do routine tasks in your personal and professional life. Lastly, it will also be difficult for you to maintain a healthy relationship with your loved ones.

Substance Use Disorder (SUD) is a severe issue that needs attention. It can severely affect your mental health. You can suffer from mental problems like depression, anxiety, memory problems, hallucinations, violent behavior, and insomnia. If you suffer from SUD, we recommend getting immediate help from professionals.