All You Need To Know About Cancer Prevention 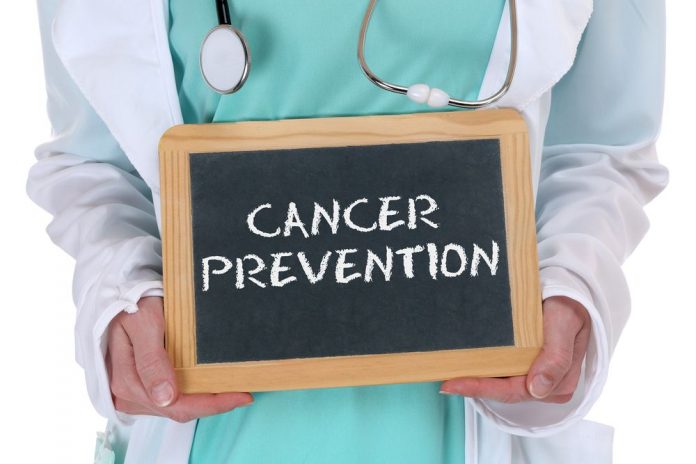 Cancer control consists of a series of measures based on present medical knowledge in the fields of prevention, early detection through screening and population education, diagnosis, treatment, after care and rehabilitation, aimed at reducing the number of new cases, increasing the number of “cures” and reducing the invalidism due to cancer.

The basic approach to the control of cancer is through primary prevention and secondary prevention. It is estimated that at least one third of all cancers are preventable. If we analyze the causes of cancer it is seen that environmental factors are the most important in causation of cancer which are modifiable. Genetic factors which are not modifiable are responsible in small number of cases of cancer.

Cancer prevention till recently was mainly concerned with the early diagnosis of the disease (secondary prevention), preferably at a precancerous stage. Advancing knowledge has increased our understanding of causative factors of some cancers and it is now possible to control these factors in the general population as well as in particular occupational groups through population education and legislation.. They include the following:

Control of tobacco and alcohol consumption

Primary prevention offers the greatest hope for reducing the number of tobacco induced (tobacco related) and alcohol related cancer deaths. It has been estimated that control of tobacco smoking alone would reduce the total burden of cancer by over a million cancers each year globally. Some countries (e.g. Norway) have adopted ambitious programmes to eradicate tobacco smoking by the year 2000, which has given encouraging results.

Special efforts should be made reduce the amount of radiation (including medical radiation) received by each individual (patients, medical professionals, workers at nuclear reactors) to a minimum without reducing the benefits.

The occupational aspects of cancer are frequently neglected. Measures to protect workers from exposure to industrial carcinogens should be enforced in industries.

In the case of primary liver cancer, immunization against hepatitis B virus prevent people from hepatocellular carcinoma (liver cancer).

These should be tested for carcinogens and legislation should be available to make these less harmful.

Control of air pollution is another preventive measure which can prevent lung cancer and many respiratory problems.

Non melanoma skin cancers (basal cell and squamous cell) are induced by cumulative exposure to ultraviolet (UV) radiation. Reduction of sun exposure through use of protective clothing and changing patterns of outdoor activities can reduce skin cancer risk among Caucasians. Sunburns, in childhood and adolescence, are associated with increased risk of melanoma in adulthood. Sunscreens decrease the risk of actinic keratoses, the precursor to squamous cell skin cancer, but it may increase risk of melanoma. Sunscreens prevent burning, but this may encourage more prolonged exposure to the sun and may not filter out wavelengths of energy that cause melanoma.

Risk of cancer increases as BMI (body mass index) increases over 25 kg/m2. Obesity increases risks for cancers of the colon, breast (female postmenopausal), endometrium, kidney (renal cell), and esophagus, although causality is not established. Relative risks of colon cancer are increased in obesity by 1.5–2.0 fold for men and 1.2–1.5 fold for women. Obese postmenopausal women have a 30–50% increased risk of breast cancer. A hypothesis for the association is that adipose tissue serves as a depot for aromatase (an enzyme) that facilitates estrogen production. Adiposity is also associated with poorer survival and increased risk of recurrence after treatment.

Early detection and prompt treatment of precancerous lesions such as cervical tears, intestinal polyposis, warts, chronic gastritis, chronic cervicitis, and adenomata is one of the cornerstones of cancer prevention.

Legislation has also a role in primary prevention. The solution to cancer control problems is not to be found in research laboratories, but in legislatures. For example, legislation to control known environmental carcinogens (e.g. tobacco, alcohol, air pollution) is inadequate or only moderately enforced in a number of countries.

An important area of primary prevention is cancer education of general population. It should be directed at “high risk” groups. The aim of cancer education is to motivate people to seek early diagnosis and early treatment and also learn how to prevent cancer by changing lifestyle and food habits etc. Cancer organizations in many countries remind the public of the early warning signs (“danger signals”) of cancer. These are:

There is no doubt that the possibilities for primary prevention are many. Since primary prevention is directed at large population groups (e.g., high risk groups, school children, occupational groups, youth organizations) the cost can be high and programmes difficult to conduct . Primary prevention, although a hopeful approach, is still in its early stages. Major risk factors have been identified for a small number of cancers only and far more research is needed in that direction

Cancer registration is a sine qua non for any cancer control programme. It provides a base for planning the necessary services and for assessment of the magnitude of the problem of cancer. Cancer registries are of two types: hospital-based and population based registries.

The best thing to do is to set up a “hospital-based cancer registry” and extend it to a “population-based cancer registry”. 2-7 million is the optimum size of base population for population based registry. The aim is to cover the complete cancer situation in a given geographic area. The data from such registries alone can provide the incidence rate of cancer and serve as a useful tool for initiating epidemiological enquiries into causes of cancer, surveillance of time trends and planning and evaluation of operational activities in all main areas of cancer control.

Cancer screening is the main weapon for early detection of cancer at a pre-invasive (in situ) or pre malignant (cancerous) stage. Effective screening programmes have been developed for cervical cancer (Papanicolaou smear, known as pap smear), breast cancer (mammography) and oral cancer. Like primary prevention, early diagnosis has to be conducted on a large scale. But it is possible to increase the efficiency of screening programmes by focusing on high-risk groups. but there is no point in detecting cancer at an early stage unless facilities for treatment and after care are available. Early detection programmes will require mobilization of all available resources and development of a cancer infrastructure starting at the level of primary health care, ending with complex cancer centers or institutions at state or national levels (tertiary health care).

Treatment facilities should be available to all cancer patients. Some of the cancers are amenable to surgical removal, while some others respond favorably to radiation or chemotherapy or combination of both. Since most of the known methods of treatment have only complementary effect on the ultimate outcome of the patient, multi-modality approach to cancer control has become a standard practice in cancer centers. In the developed countries cancer treatment is geared to high technology. For those who are beyond the curable stage, the goal must be to provide pain relief. A largely neglected problem in cancer care is the management of pain. The WHO has developed guidelines on relief of cancer pain “Freedom from cancer pain” is now considered a right for cancer patients.