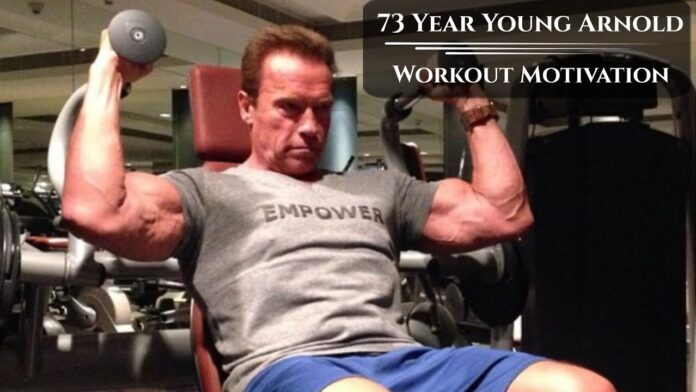 If you ask any bodybuilder who they think made the biggest impact on bodybuilding, the majority of them would say Arnold Schwarzenegger. The governor of California made the world look at bodybuilding in a whole new light, mainly when the movie “Pumping Iron” was broadcast. His true dedication and shear muscle size made him someone that was admired by both men and women the world over. You only need to look at some clips of him bodybuilding to see how much effort and how far he was willing to push his body.

Here are a couple of videos that show you him pushing past the limits that normal people would stop at: Arnold’s mental approach to bodybuilding and training was just as important, if not more, than his physical approach. His philosophy was to get his body to work with him rather than against him. On working out, Arnold was never someone who would stick to the rules. He didn’t follow a strict workout, he just did what he felt his body needed and could handle. He would often workout twice a day, which normal bodybuilders would frown upon.

He would lift heavy weights in reps of between 6-10 but often could be seen doing 20 sets of them. Normal bodybuilders do 2-3 sets per muscle group.

Here are Arnold’s top 10 tips for bulking up and gaining muscle mass:

#1 – You should consume between 60-100 grams of carbohydrate each day.

#2 – Approximately 30 minutes before you exercise, you should eat some carbs.

#4- Consume between 4-6 small meals each day

#5 – Every meal should contain approx. 40 grams of protein and should be consumed every 3 hours.

.#7 – Fish and chicken should be eaten instead of beef or pork.

#8 – Get your carbs from fruits and vegetables not sugar.

#10 don’t eat more than 3 eggs per day. Arnold does recommend 3 days rest a week, when in training or wanting to build muscle fast there is only the need for one day of rest each week.

Here is a typical weekly workout schedule that he used to follow:

On these days he would focus on his chest, back, legs, calves, forearms and abs. He would use a combination of bench presses, cable crossovers, dips and dumbbell pullovers to work his chest. For the back he would use seated pulley rows, T-bar rows, chin ups and deadlifts. His legs would be trained by squats, barbell lunges, leg curls, leg extensions and leg presses.

Finally the abs were trained for 30 minutes by free training with sit ups and ab twists and anything else he added at the time that he thought would help.

On these days he focused on his arms, shoulders, calves, forearms and abs. The arms would consist of barbell curls, dumbbell curls and concentration curls for the biceps.

For the triceps he would use pushdowns, close grip bench presses, French barbell presses and one arm dumbbell extensions. The shoulders were trained by cable lateral raises, lateral raises, seated barbell presses and rear delt lateral raises. The calves, forearms and abs in the same way as mentioned on the other days. Arnold Schwarzenegger was and still is a legend in the bodybuilding world. You can’t go wrong with following his advice and watching how hard he trained if you want the same results in your own bodybuilding training and career.

How To Make Your Gym Hour More Efficient

Exercise Addiction: 5 Warning Signs Your Workout Routine Is Too Intense