Instant Drug Testing vs. Lab-Based Testing: What You Need to Know 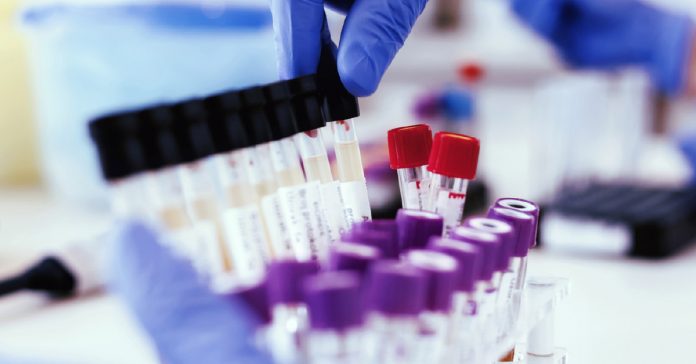 An instant drug test is exactly as its name implies—you get the results right away, at the point where it’s collected, usually within a few minutes. It’s what we call an immunoassay screening; its purpose is to detect any presence of that category of drugs in the specimen. The result is either negative (it’s not present) or non-negative (it is present). An instant drug test cup can’t officially give a “positive” result.

For a lab-based test, the collected specimen (urine, hair, oral fluid) is sent to a laboratory for more rigorous testing. As such, it takes longer to get the results (2-3 days, on average).

A lab-based test can screen for any drug. Before testing, your organization would have already determined what you want the drug panel to be. So if you needed a custom panel that includes a different drug—say Fentanyl, for example—you’d have already arranged for/indicated that.

Lab-based drug tests are more accurate. We like to say they are more rigorous, more involved, and more defensible in a court of law, all of which are elements certain organizations must consider, particularly heavily regulated industries, like the DOT.

When we say lab-based testing is “more involved,” here’s what we mean: The lab will conduct an initial screening to determine if the specimen is clean of any drugs or if it has some type of drug metabolite in it. If the answer is yes to the drug metabolite, then the lab runs it through a more advanced process to confirm what the drug is—it will specifically identify the chemical makeup and the quantity.

There are cut-offs and thresholds for ensuring that things like passive secondhand inhalation of marijuana doesn’t get misconstrued as use, for example. Or most people are probably familiar with the infamous “poppy seed situation” that comes up in drug testing: an instant drug test might pick up the presence of morphine (which is an opiate) if you consume poppy seeds. But a lab will have cut-offs. So in order to be deemed positive, the result has to be above a certain quantitative threshold where you can justifiably prove in court that it’s not secondhand inhalation or it’s not inadvertent exposure, but it’s actually direct use of some type of chemical.

Another layer of rigor comes with the Medical Review Officer (MRO). The DOT defines an MRO “as a person who is a licensed physician and who is responsible for receiving and reviewing laboratory results generated by an employer’s drug testing program and evaluating medical explanations for certain drug test results.”

Certain industries, like the DOT, require an MRO to review lab results. But even if an employer isn’t legally required to use an MRO, it can still choose to enlist an MRO’s services for its employee drug-testing program. Again, this helps ensure the integrity of the results and the program itself. It’s a smart thing to consider implementing for any job that has a safety sensitive element to it (for example, anyone operating some sort of machinery).

Rapid testing doesn’t have all these protocols. Its main purpose is speed and to simply report either a “negative” or “non-negative” result.

What does the law have to say about instant drug testing and lab-based testing?

Certain federally regulated organizations can only conduct lab-based drug testing. For organizations that don’t fall under federal regulations, state law will play a role. For example, some states don’t allow instant testing. Others will allow the use of instant testing, but if the test comes back as non-negative, you need to send the test to the lab for confirmation.

When it comes to drug testing, every state has its own unique take, which is why it’s important to work with a reputable drug-screening vendor that understands and complies with all the various laws.

What should an organization keep in mind as it decides between instant drug testing vs. lab-based drug testing?

If a company has safety sensitive jobs or needs rigor and the ability to defend itself in a court-type setting, then lab testing is the way to go. But if speed is more important than so-called “accuracy,” instant testing probably makes more sense. A staffing agency, for example, is a big user of instant testing, since the goal is to get a quick read and move applicants along quickly.

You need to keep costs in mind as well. Instant testing can be cheaper. If you’re sending people to a collection site for the instant test, it’s comparable to lab-based testing. But if you’re doing instant drug testing on site without a collector, it could be less expensive.

One final important point: it doesn’t necessarily need to be an either-or decision. You might end up using a combination of instant testing and lab-based testing. Again, working with a reputable vendor who takes the time to learn about your business and your goals will go a long way in making sure you develop a drug-testing program that meets those goals.