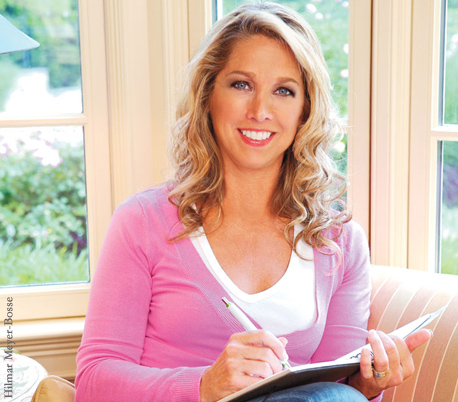 Denise Austin was born in San Pedro, California and was active in gymnastics since she was young.  One of her first accomplishments was being awarded an athletic scholarship to the University of Arizona.  Her extensive studies in fitness include  a Bachelor of Arts degree in Physical Education and a minor in exercise physiology from California State University.

After her graduation, she started her career teaching aerobic exercise classes and became Jack LaLanne’s cohost in 1981.  She had her own television show in 1982 and released her first two workout videos.  NBC’s Today Show employed Denise Austin to be their fitness expert from 1984 to 1988.

You will also see her as a spokeswoman for Idaho Potatoes, Nature Made, and Skechers and in 2008 she was the recipient of the American Heart Association and Woman’s Day magazine’s Red Dress Award, which is a very prestigious award.  The President’s Council on Physical Fitness and Sports has had the honor of having her serve on their program for two terms.  She also helped launch the U.S. Department of Agriculture’s food pyramid guidance system.

One of her latest accomplishments was her launch of her exercise equipment line Forever Fit, a collection of 33 fitness products made exclusively for Rite Aid and sold at 4,600 Rite Aid stores nationwide.

Denise Austin has been married for 29 years to Jeff Austin, a sports attorney and is also the brother of the tennis champ Tracy Austin. Denise and her husband, Jeff, have two daughters, Kelly and Katie.

Why Are Spiders Getting Attracted to Your House?

How Can Regenerative Medication Remedy Pain and Inflammation?