Know Everything About Comedogenesis At A Glance 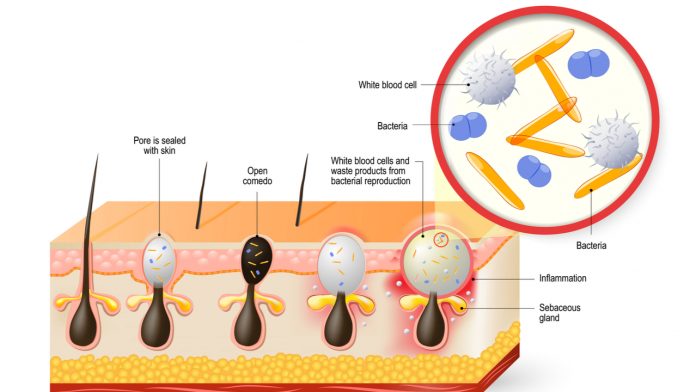 Several factors are implicated in the induction of keratinocyte hyperproliferation. Those include androgens, sebaceous lipid composition, bacteria and local cytokine production.

Of the lipid compositions in acne patients, the linoleic acid levels are relevant. Examination of lipids recovered from comedones shows that it contains only 6% lenoleic acid compared to 45% in normal subjects. Linoleic acid is also reduced in sebum in patients with acne, which returns to normal after resolution of acne in those patients. Animal experiments also show that low linoleic acid produces hyper cornification. Other lipids like free fatty acids and squalene are also blamed for hypercornification .

Bacteria are less important in comedogeneis. Biopsy & culture of non inflamed areas has shown that 30% of these are with out bacteria, which shows that bacteria are not needed for initiation of cornification and comedogenesis.

How to Prevent Headaches