Objectum Sexuality Disorder – What You Need To Know 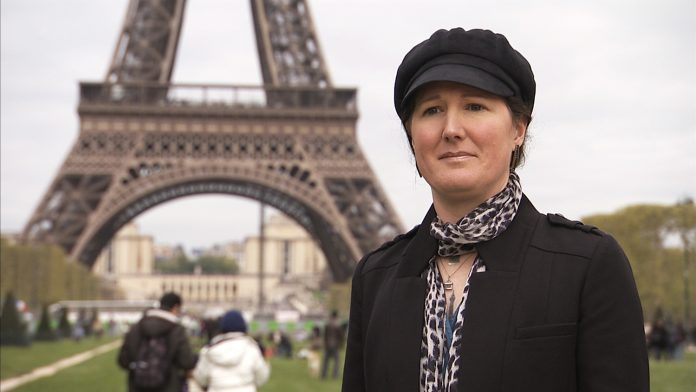 A few years back, I was dating a man who drove over to my house in a classic hot rod car he had just purchased for a very good price. When he asked me to come outside, he was nearly drooling over this car, laid on the hood and ‘hugged’ it and told me when he saw the car, it gave him a ‘woody’. He lovingly rubbed his hand over the curves of the car and asked me, “Isn’t she beautiful?

In reality, this man was probably being more metaphorical in his expression of how much he really wanted this car.

But what if he was serious? Can a person really fall in love with and become involved in a relationship with an object?

I recently was talking to my little brother, and he told me the story of Erika La Tour Eiffel, an ex US Army Helicopter Pilot, who recently married–yes, that’s right, married–the Eiffel Tower. She has legally changed her last name to La Tour Eiffel, taking the name of her new spouse.

Objector Sexuality: Communicating with and Relating to Objects

All right, I’m trying really hard to maintain an open mind here. I have long talked to many inanimate objects in a false personification. For example, the other day, my laptop computer crashed. I talked to it saying, “Come on, baby, don’t give up on me! It’s too soon for you to die!” I also have had some clunkers of cars in my past I used to encourage along, talking nicely to them and petting the dashboard asking them to please give me just a few more months before breaking down, just a few more months, please…

I was being silly.

But what if someone else says these things and they mean it, from an emotional, intellectual, romantic, and yes, even sexual aspect?

I don’t profess to understand Objector Sexuality or the idea of objectophiles. I’ll admit to chuckling to myself when I first read the story of someone marrying an inanimate object. My first thought was: “How do you consummate a relationship with an object when you get married?”

Apparently, you can. The website for Objector Sexuality International–a website created for the communion of other Object Sequels looking for others who understand them–has a PDF FAQ from Erika La Tour Eiffel, who married the Eiffel Tower.

When asked about sexual relations with her object (the Eiffel Tower), she is quoted as saying, “…of course, we enjoy physical relations with our partners. Easy? Not exactly, but the connection happens even if the pieces do not fit. We each have our own means of physical union… or mental union… it could be a simple caress to much more. Beauty is in the eye…. just as sexual pleasure is… For me, I indeed feel a very spiritual connection with my lover when we make union with each other.”

Yes, she refers to the Eiffel Tower as her lover. In fact, in a video available widely on the internet, you can watch portions of a documentary where she visits her lover, her object spouse, the Eiffel Tower, wearing a skirt, with no undergarments, and straddles a metal section of the tower, so she can be in contact with it, with ‘no barriers’.

Of course, this is after she broke up with her former lover, Lance, who is a sophisticated archer’s bow. She said her interest in him waned over the years, but they remain friends.

I confess, I don’t understand. Then again, how do you define love? I can no more explain how love for a husband feels, or love for a child feels, then I could love for, let’s say, my car. To me, there is no comparison. I do know that while I love my car, love driving my car, get a rush from doing so, I have never felt ‘in love’ with my car or wanted any type of relationship with my car, physical or sexual, and surely not romantic. And while I’ll sometimes talk to my car, I assure you my car doesn’t communicate back to me.
Additionally, I guess it could be argued that I have some sort of ‘relationship’ with my car. I touch it, drive it, feed it (gasoline), bathe it (wash the car), replace the tires, keep it running good, take it to the doctor when it’s sick (mechanic). So from a purely metaphorical aspect, as a writer, I can see how one can personify an object used regularly. If a person has a mental or emotional instability (it’s important to note that Erika has been sexually abused, on more than one occasion by human beings, from a young age and as an adult) it’s easy to see how one could mistake, misunderstood a relationship dynamic. I would think this is a mental illness that can be cured, corrected.

But some Objector Sequels actually don’t feel attracted to or in love with things they use regularly or even see regularly. For example, Erika doesn’t live in France. She returns on her anniversary to see her spouse, The Eiffel Tower. Some Objector Sequels actually fall in love with or are attracted to, sexually and physically, things they just happen to run across.

For example, in the documentary Strange Love: Married to the Eiffel Tower, one woman is in love with a huge metal road bridge. She visits it regularly and strokes it and kisses it, to the strange looks from passersby. She talks to it and tells it about her day and her life. Another woman loves fences, but not just any fence. She lusts after fences, and in the video, she can be seen straddling the fence and enjoying the physical pleasure from being close to it, and communicating to the fence.

What is it that makes the natural tendency to enjoy the use of objects that a person has– the natural lust after a nice care or a fancy home or a supped up fancy computer–that for some people seems to go beyond the normal utilization of an object. I love driving my car, but hey, my relationship with my car is purely platonic!

Is it conceited for an Objector Sexual to fall I love with a landmark like that? Isn’t that somewhat akin to me waking up one day and saying, “Hey, I’m in love with Harrison Ford, so I’m going to marry him, and it doesn’t matter if he doesn’t love me back. Oh, and hey, it doesn’t even matter if he’s already married!”

Yes, polyamory and polygamy is apparently very common with Object Sexuals, because, you see, how can you control how many people marry a wall?

Picture this. A woman, on a cold November day in 1989 wakes up and cries. Her husband is due to be killed that day, but it won’t be a slow and painless death like most death penalties, and her husband hasn’t committed any crimes.

Nonetheless, in Berlin, Germany, the woman watches while her husband is beaten and tortured, torn apart limb from limb, shattered internally with sledgehammers, while onlookers cheer.

As strange as it might seem, her feelings for the Berlin Wall, to her, were real. Can you imagine the horror she must have felt?

Eija-Riitta also was in love with a guillotine. Yes, a guillotine, the type where a sharp blade falls and chops things, best known for chopping off heads. From the video, we learn she also has a fence in her home, a small picket fence, that she is now in love with as well.

And when asked if she made love to the Berlin Wall during an interview, she said, “Yes, but that’s private.” She did respond that it was good.

And then there’s Amy Wolfe, who writes love poetry, kisses, caresses, and makes love to an amusement park ride called 1001Nacht. She puts her fingers into it’s oil and fluids, and smells the fluids, telling the ride it smells so good. She calls her lover ‘handsome’. Amy also used to call the Twin Towers her lover, as a single entity, a male, and she mourns the Towers’ collapse as she would the death of a human lover.

Objector Sexuality and Links to Autism and Asperger’s Syndrome

While most people with autism or Asperger’s Syndrome are not Objector Sexuals, a striking number of people identified as Objector Sequels are on the autistic spectrum.

My nephew is a child living with Asperger’s, and as I watched this documentary, they discussed how Amy, diagnosed with Asperger’s, used to always hold objects in her hands as a young child, because they provided her comfort and made her feel safe. My nephew has been the same. He has two little objects that he always carries with him, in his hands, and he will not go anywhere without them. The make him feel safe.

While I’m not saying my nephew is an Objected Sexual, because he’s not, I can logically see how high functioning autistic spectrum patients might take that feeling of comfort and security that having those objects bring to the extreme. Think of a young child with a security blanket – Linus, the Peanuts character and his blanket he loved. Schroeder and his piano that he hugged and would not talk with Lucy because he loved his piano more.

Think of the comfort you feel when you’ve been on a long trip and you’re ready to come home, and you see the first familiar objects that let you know your trip is almost over, and you’re almost home. That welcoming site of the landmark that shows you you’re almost home… the relief it brings upon seeing it, the feelings it incites in you.

My personal opinion is that these feelings are normal, and Objector Sequels take those normal feelings we all have and magnify them in intensity.

Also, it’s important to note that those on the autistic spectrum have an inborn problem with establishing human relationships and connecting with other human beings on an emotional and at the extreme on a physical level.

It is possible that someone can personify an object to love and make love to in their hearts and minds, because they believe people hurt them, and objects cannot hurt them that way.

The documentary ends with Erika speaking about the Eiffel Tower, her female lover and spouse, by saying, “… it doesn’t matter if anyone else believes me. I know she loves me and she knows I love her. That’s all that matters.”

They claim in the documentary that Objector Sexuality is not a fetish, but rather is an actual sexual orientation.

6 Reasons Why Regular Medical Checkup Is Important to You