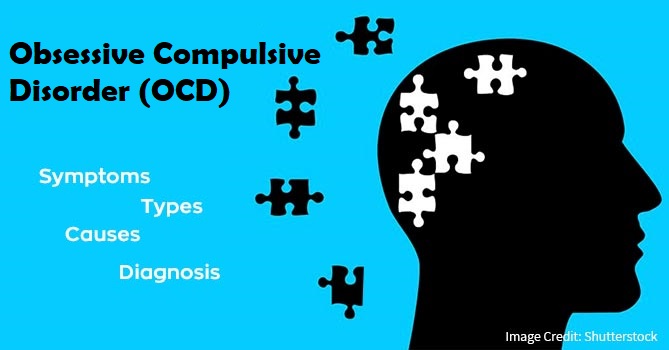 Obsessive compulsive disorder (OCD) is characterized by obsessive thoughts and compulsive behaviors that hamper day to day activity. Most common forms of OCDs are fear of contamination by germs or dirt, so patients keep washing hands very frequently and having to check and recheck such actions as whether a door is locked or not. The degree by which individuals get affected varies, but all cases of OCD generally take up more than 1 hour per day and are undertaken to relieve the anxiety triggered by the core fear. Doctors treating patients of OCD must ask specific questions regarding recurrent thoughts and behaviors, because patients often conceal their symptoms due to embarrassment by the content of their thought and their actions. Physicians must enquire about specific clues like, chafed and reddened hands or patchy hair loss which are due to repetitive hair pulling. Symptoms like depression, anxiety, eating disorders, and tics (eating of earth) are common. Some of the OCD are of benign nature, which does not cause any problem. But some are very much embarrassing and time consuming and harmful in the long run. Some patients are obsessive with counting numbers.

Kleptomania is a dangerous form of OCD, in these patients there is an uncontrollable urge to steal any valuable or non-valuable article whenever the patient finds an opportunity to steal. These kleptomania patients are in need of urgent behavioral and psychiatric treatment.

Onset of OCD is usually gradual, beginning in early adulthood. Childhood OCD is not uncommon. Prevalence of OCD is about 2-3% throughout the world. This disorder usually takes waxing and waning course but certain cases steady deterioration of psychosocial functioning takes place.

Twin studies suggest a genetic predisposition. OCD is more common in males and in the first born children. The OCD is thought to involve the orbital frontal cortex, caudate nucleus, and Globus pallidus. The caudate nucleus is involved in acquisition and maintenance of habit and skill learning. Interventions that are successful in reducing obsessive compulsive behaviors decrease the metabolic activities of caudate nucleus.

Treatment of OCD: if OCD is consuming time more than one hour per day it should be treated medically and by behavior therapy. Clomipramine, fluoxetine, and fluvoxamine are approved for treatment of OCD by USFDA. Clomipramine is a tricyclic antidepressant which has many side effects. Fluoxetine and fluvoxamine, are equally effective like clomipramine with lesser side effects, that’s why these two are the preferred drugs for treatment of OCD. Fluoxetine is given at the dose of 40-60 mgs per day in divided doses and fluvoxamine is given 100-300 mgs per day. Only about 50% patients show improvement with medication alone. When therapeutic improvement is achieved long term maintenance is indicated. If pharmacotherapy is combined with behavior therapy than the result is much more encouraging than either of the treatment modalities alone.