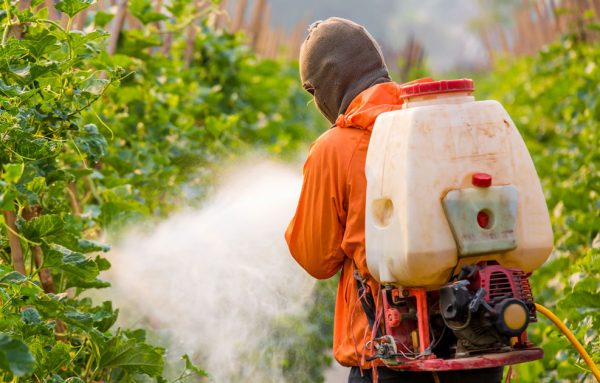 The agriculture worker may be exposed to extreme heat, cold, high humidity, solar radiation from direct and prolonged exposure to sun all of which imposes stress to the worker. There may also be excess of vibration, noise or there may be necessity of working in uncomfortable, non physiological posture for long duration.

The agricultural worker may be in close contact with animals or animal products, which increases the chance of contacting zoonotic diseases like anthrax, tetanus, brucellosis, leptospirosis, bovine tuberculosis (transmission of tuberculosis from animals mainly through milk of cows), and Q fever and other rickettsial diseases. But the extent the agricultural worker is exposed to such zoonotic diseases is different in different parts of the world.

Accidents are becoming increasingly more frequent in agriculture in many parts of the world due to increase in use of agriculture machinery. Other accidents like snake bite, insect bite and accidental injury from agriculture equipment is also not uncommon.

Agriculture worker is exposed to many type of dusts like grain dust, rice husk, tea, cotton fiber, coconut fiber, tobacco, wood dust and hay fiber, depending on the products they grow and the region they live in. exposure to the above dusts can give rise to diseases like farmer’s lung, byssinosis, bagassosis, occupational asthma etc.

There has been increase use of chemicals in agriculture as fertilizers, insecticides or pesticides. And agriculture workers are exposed to such compounds which can enter the body through intact skin like organophosphorus insecticides. So, unless agriculture worker is educated in that and take appropriate measure to protect himself there is a high risk of poisoning. Suicide by consuming organophosphorus compound is very common among agricultural workers due to its easy availability. There are many agricultural regions in the world where pesticide residue is more than acceptable level in drinking water, which is harmful to not only agriculture worker but to the entire population living in that area. If there is associated malnutrition than agriculture worker is at higher risk of developing poisoning at relatively lower level of pesticide in the drinking water.