What Can Be The Medical recharge Or Treatment Of Acne Symptoms 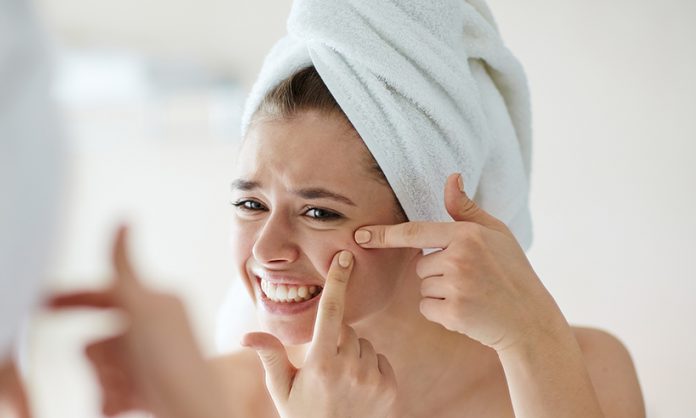 One myth about acne is that all acne is the same, all acne comes from the same causes, and all acne can be treated the same. Adult acne and teen acne are often quite different, and even with teens, acne can be caused by many different things.

Another common misconception about acne is that it’s caused by being unclean or not taking proper care of the skin, particularly for those with acne on their faces. The truth is, the opposite is sometimes true: washing the face too frequently can cause acne flares!

My son is currently in his teen years, and since puberty hit, he’s had to deal with acne. He hated it. We tried the over-the-counter products, face washes, nutritional supplements and more, but nothing helped. So I took him to my doctor.

The first thing she noticed was that he had a goiter. If he had hypothyroidism (which I have myself so it’s likely he might have it too), she said that could absolutely cause acne as a symptom. So we tested him for hypothyroidism. He tested very high in the normal range, so we are watching his TSH (a test for thyroid stimulators that shows hypothyroidism is there) carefully. She said it was high enough it might be causing the acne.

Acne, even in teenagers, is not supposed to be extreme. Most teenagers resign themselves to a zit now and then, and that is normal, but if the acne spots are persistent, recurrent or excessive enough to cause emotional stress, then it’s time to visit the doctor.

My son was diagnosed with cystic acne, which is a medical condition in and of itself. He was prescribed doxycycline, which is a mild antibiotic that is good for his type of cystic acne. In one day of taking the doxycycline, after months of trying every over-the-counter product for acne there was, my son’s face began to clear. By the second day, his acne was even more cleared up. By the third day, his skin under the acne began to look better colored, clearer and less red.

By the end of the first week, he had only a few spots left on his face and they were clearly clearing up too. The doctor prescribed only one pill every morning for three months, and his acne was almost completely gone by the first week! The doctor said for him to finish taking it, and it was likely he’d never have another major acne outbreak gain.

For mild cases of acne, occasional breakouts that are caused by hormonal cycles for both boys and girls, or stress-related acne breakouts, some of the over-the-counter acne treatments might help prevent breakouts, reduce the redness and swelling of existing acne breakouts, and improve overall appearance. Teens will just have to try the products to find the one that is right for their skin and type of acne.

But for prolonged severe or even moderate recurring acne that is more than just small spots on the face, a trip to the doctor is in order. Acne cold be a sign of a much bigger problem or it might even be a medical condition all by itself, and to not treat acne like the medical condition that it truly is can cause embarrassment, pain, and stress that might be able to be avoided.

HydraFacial Procedures: Why Give Them a Thought?

Are PRP Treatments the Secret to Having a Natural Young Skin?

All You Need to Know about Microneedling