All You Need To Know About Anorexia Nervosa 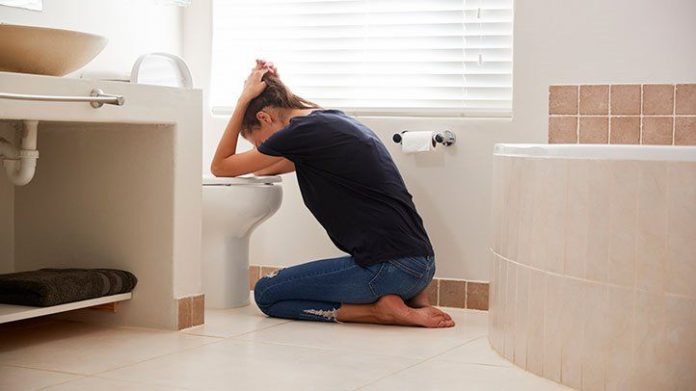 Anorexia nervosa is characterized by severe disturbance of eating. The main feature of Anorexia nervosa (AN) is refusal to maintain a minimally normal body weight. AN is seen among previously healthy women who become overly concerned about body shape & weight. In AN patient becomes dangerously underweight like malnourished.

AN is much more common in female than male. Its incidence is 0.5% among female in western countries and recently there is an increase in incidence. AN is more prevalent in culture where food in plenty and in which being thin is associated with attractiveness. It is common among models, ballet dancers.

The cause of AN is unknown, but, involve a combination of psychological, biological & cultural risk factors. Patients of AN are more perfectionists than their peers. AN starts as dieting which than progress slowly towards AN. At first dieting become stricter and then fear of gaining weight increases and psychological, behavioral and medical aberrations take place. AN is more common in type 1 diabetes mellitus (insulin dependent). Genetic factor contribute to the risk of development of AN. Its incidence is greater in families with one member affected by AN and also incidence is more among monozygotic twins than dizygotic twins. But a specific gene is yet to be identified.

AN typically begins in mid or late adolescence. The disorder sometimes starts at the time of puberty, but it rarely starts after 40 yrs age. AN patients are underweight but they are afraid of gaining weight for the fear that it might get out of control. AN patients despite being under weight they still feel that the body as a whole or some parts are too fat. Further weight loss is viewed as an accomplishment and any gain of weight is seen as personal failure. They never complain of hunger, fatigue and often they exercise extensively .About one quarter to one half of the AN patients engage in binge eating. Patients are withdrawn socially, and they engage in study, exercise and dieting .As weight loss progresses thought of food dominates their mental life and they become mentally sick.

AN patients may have intolerance to cold. They do not menstruate. Bowel habit is irregular due to decrease motility of intestines and they develop constipation .Body Mass Index(BMI)is well below normal of 18.5 (lower side of normal) and usually below 15. Some AN patients develop yellow tint of skin mainly in palms called hyper carotenemia due to eating of excessive quantity of vegetables containing Vitamin A.

Due to scanty eating patients are usually anemic. Many hormonal abnormalities also occur in AN patients.

Diagnosis of AN can be made if a female of adolescence age is underweight ,i.e. BMI below 18.5% or below 85% of ideal body weight for height and age and by history & psychiatric condition of the patient The patients of AN often deny that they have serious medical problem.

Treatment of AN is aimed at restoring body weight above 90% of the ideal body weight or increasing BMI to above 18.5. Unfortunately, because of patients resistance to the goal of treatment the management of AN is accompanied by frustration for the patient, the family and the doctor. Patients usually exaggerate the food in take. Attempt should be made to elicit patient’s physical concerns like osteoporosis and its bad effects, and fertility (it patient is desirous to have body). If patients is desirous to conceive than she should be explained that unless body weight increases she can not conceive and have baby. This type of motivation if can be brought to surface than treatment becomes simple and easy.

Outcome of treatment of AN is highly variable. Physician should be in consultation with psychiatrist to get optimum result of treatment. One fourth to half of the patients generally recovers fully. Some patients progress to another eating disorder called Bulimia Nervosa (BN). Remaining patients do not improve much and they eventually become depressed with psychiatric disorders.

6 Reasons Why Regular Medical Checkup Is Important to You