Health Issues Military Veterans Experience And How To Deal With Them 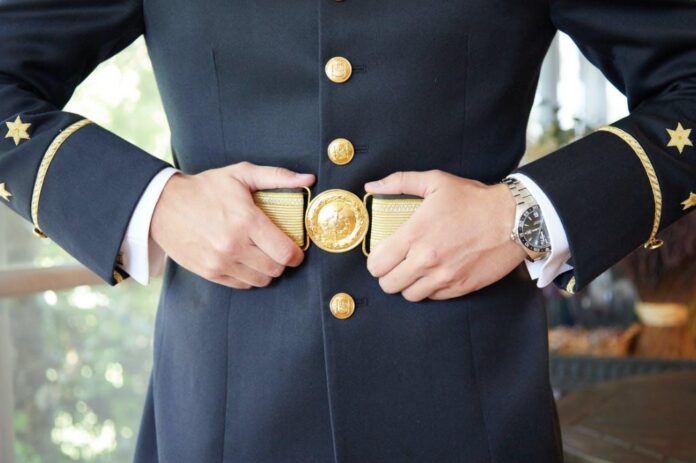 Becoming a part of your country’s military is a matter of pride for many patriotic citizens. Although military service members enjoy many provisions as a reward for their services, they might face several health issues that disturb their quality of life down the road.

Working in harsh conditions, using dangerous equipment, and witnessing and experiencing trauma can impact the mental and physical health of soldiers and officers. For this reason, some medical conditions are common among active and retired military workers. Here are some of them.

After service, military veterans often plan to enjoy the latter part of their life. Although they deserve it, most fall ill to numerous chronic disorders. Unfortunately, chronic diseases don’t show any physical signs until a certain stage has passed. They commonly occur among war veterans exposed to harmful substances during service, such as asbestos.

Mesothelioma is a type of cancer that develops after prolonged exposure to asbestos, which is common among veterans who’ve worked in combat vehicles and handled military equipment. Since most military equipment, buildings, and weaponry uses asbestos as their primary component, protecting yourself from this mineral becomes inevitable. What’s worse is that the asbestos manufacturers didn’t warn the world about its negative consequences, thus leading to rising cases of mesothelioma.

If diagnosed timely, mesothelioma can be managed. Therefore, medical experts recommend regular medical checkups to diagnose any underlying health problems. You can also visit a mesothelioma veterans center to access information and financial resources for treatment.

Substance use disorder or SUD is a mental disorder that affects cognitive abilities and behaviors. Stress and anxiety may lead veterans to consume excessive amounts of harmful substances as a coping mechanism. Consequently, they may lose control over their habits and become addicted. Since serving in the military involves dealing with multiple stressors, most military personnel find themselves addicted to alcohol and smoking. Even after service, such addictions continue to haunt the lives of many war veterans.

SUDs can be treated through long-term care. Rehabilitation centers are a perfect place to get rid of such bad habits once and for all. They have a staff of medical professionals who utilize evidence-backed screening equipment and established clinical practice guidelines to diagnose SUDs and treat them. Besides, rehabilitation centers can also provide behavioral counseling, medication, and treatment for depression and anxiety.

Post-traumatic stress disorder is a common health issue in military veterans. Also known as shell shock, a person might develop PTSD from experiencing ghastly, petrifying, or menacing events. Although it is completely normal to feel afraid during and after a traumatic event, its long-term mental impact can be detrimental to your health.

PTSD is not confined to military personnel. However, it is four times more prevalent among them. Medical experts believe that the symptoms, severity, and duration of PTSD vary from person to person. Either way, diagnosing and treating PTSD as soon as possible is important.

The diagnosis of PTSD involves four unique symptom categories. These include flashbacks of the traumatic event, avoiding reminders that somehow link to the tragic event, a sense of mistrust, and a startling response. Veterans must undergo a comprehensive evaluation when it comes to treating PTSD. Family therapy, group therapy, psychotherapy, and prolonged exposure therapy are some of the most successful and proven interventions that help treat PTSD. However, social support, medications, and antidepressants are worth a shot.

Traumatic Brain Injury or TBI is another health problem that military veterans may face during their active years. It involves malfunctioning the brain due to physical impact on the head or skull. Apart from physical damage to the brain, TBI also records cases of inner bleeding, bruising, and even death. Depending on the severity of the impact, it can lead to unconsciousness, memory loss, slow responsiveness, and memory disorientation.

Medical records claim that mild TBI is common among military people, but diagnosing it can sometimes be a problem. It has common side effects such as headaches, dizziness, and memory problems that make it difficult to diagnose.

The treatment of TBI depends on its severity. Low to mild TBI patients require rest and pain relievers accompanied by close monitoring for recovery. Whereas severe TBI might leave long-term to permanent side effects, its treatment is all about accepting and coping with the new reality.

Suicide is a common problem that exists among many militaries around the world. Since serving in the military requires you to be mentally tough, the psychologically weaker ones are prone to suicide. Some military veterans find themselves in a state of depression after service and sometimes succumb to suicidal thoughts.

Suicide attempts among military veterans are not uncommon. With affected relationships, uncertain conditions, and financial stress, war veterans find it difficult to make a way out. They are left helpless when seeking medical or making a living with no solid income. As a result, most of them become a victim of depression, ultimately leading them to commit suicide.

Getting rid of suicidal thoughts is doable. Veterans must eliminate stressors that trigger depression. For this purpose, enhancing the efficacy of healthcare systems can work wonders. For instance, the government can adopt measures such as free medical checkups for military veterans to encourage them to acquire healthcare facilities. Similarly, someone who displays heightened suicidal-risk factors must be subjected to counseling. This way, not only can precious lives be saved but will also act as a ray of hope for a new beginning.

Serving in the military requires you to have nerves of steel if you wish to do something for your country. But sometimes, health issues may arise that act as a hindrance between you and your post-retirement goals. Health problems like TBI, PTSD, suicide, SUDs, and chronic illnesses are common. So you might want to visit the doctor frequently and keep all such problems at bay.