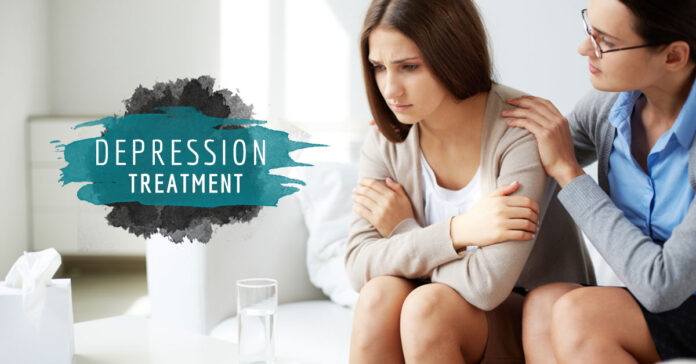 Millions of people in the United States struggle with depression — it’s actually one of the leading causes of disability worldwide. Being such a widespread condition, it’s surprising that so many people with depression don’t find relief from antidepressants. Not only is it a challenge to find a medication that actually works, antidepressants like SSRI’s come with a whole range of debilitating side effects and promote dependence. Most people don’t know that there are other treatment options out there (in addition to therapy). Here are three alternative treatment options for people with depression that are actually effective and safe:

Transcranial magnetic stimulation, or TMS for short, has been FDA-approved to treat major depression in 2008, although many people still haven’t even heard of it. TMS is a safe, non-invasive process that doesn’t involve any medications at all.

The treatment uses a small machine that is applied to the scalp and sends magnetic pulses into specified areas of the brain. This activates, or stimulates, neural activity. A variety of brain areas can be targeted depending on the individual and what is being treated. TMS can actually be used to treat a variety of conditions, such as anxiety, PTSD, OCD, and even chronic pain. As a depression treatment, the magnetic pulses are targeted to an area of the brain in the basal ganglia that is known to be related to depression. Stimulating neural activity in this area has been shown to cause lasting improvements in individuals with depression, which is one of the most unique aspects of TMS.

While antidepressants stop working as soon as the individual stops taking the medication, TMS typically lasts for many months after the treatment course has ended, and some individuals continue to see improvement for multiple years.

In terms of safety, TMS is one of the safest treatment options for depression out there. The biggest risk involved is a risk of seizure, which is less than .001%, and TMS may not be approved for individuals with epilepsy or other neurological conditions, as well as any kind of metal implants.

You may have heard of ketamine before, but you probably didn’t know that it is now used as a safe alternative depression treatment. Originally used as a medical anesthetic, researchers have now discovered that ketamine affects the brain in a very unique way compared to other antidepressant medications.

Rather than only working while it’s in your system, once ketamine is taken even a single time, the brain immediately responds. The drug actually allows the brain to regrow neural connections after a single dose, which means ketamine treatment can help depression patients have long lasting relief, and return to a happy life without drug dependence. The typical ketamine treatment course involves six treatment sessions over the course of 2-3 weeks.

There are two main forms of ketamine: infusions (IV) and a nasal spray. Ketamine infusions are always administered by a medical professional, and are not yet FDA-approved although the treatment has been medically proven to be safe and effective. The nasal spray, also known as esketamine, was FDA-approved in 2019 under the brand name Spravato. This treatment works just as well and many people find it more tolerable to an IV.

Neurofeedback therapy is another noninvasive procedure that doesn’t involve any drugs. With neurofeedback, the patient’s brain waves are measured and real-time feedback about brain activity is provided.

How to Fight Anxiety when Visiting the Dentist

Physical Therapy and its Benefits

How to Fight Anxiety when Visiting the Dentist

Physical Therapy and its Benefits

Health Issues Military Veterans Experience And How To Deal With Them