Know About Bulimia Nervosa And Its Management 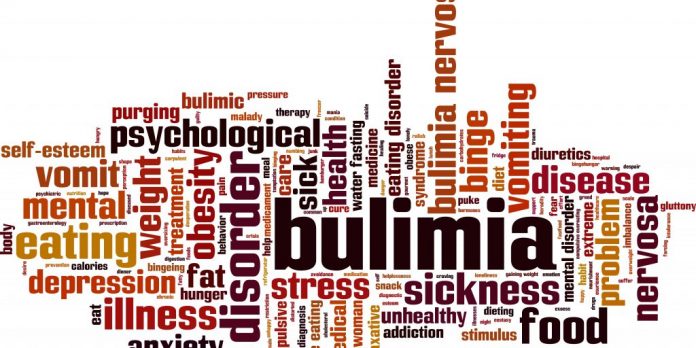 Bulimia Nervosa (BN) is a severe form of eating disorder characterized by recurrent episodes of binge eating, which is followed by abnormal behavioral change for compensation like self induced vomiting. BN shares certain characteristics with anorexia nervosa (AN). Both the disorders occur in previously healthy women, who become overly conscious about their body shape and weight. Many patients with BN has past history of AN. In current diagnostic system the different between BN and AN is body weight. Patients of AN have significantly lower body weight and that of BN have normal or above normal body weight.

BN is much more common among women compare to men (10 times higher). Incidence of BN is higher than AN, about 1 to 3 % of women have BN. Incidence is now slowly declining compare to 20 years back. There are some facts to suggest genetic predisposition, but cultural factors are more important than genetic factors from the fact that BN is very rare in under developed countries.

Typical patient of BN is usually a woman in her mid twenties with binge eating and purging 5 to 10 times per week for last 5 to 10 years. It starts in adolescence with a diet and associated with depressed mood. The self induced calorie restriction leads to severe hunger, which in turn leads to binge eating and a feeling that eating habit is out of control. In an attempt to avoid weight gain, the patient induces vomiting, takes laxative, or engage in some other compensatory behavior. As the disorder progresses patient understands there is diminished control over vomiting. During this time there may be transient depression, anxiety or feeling that too much food has been consumed and purging increases in frequency. Typically patient with BN are ashamed of their behavior and they try to hide their habit from family and friends. The BN patients are over concerned with body shape and weight and consider these to be basis of self esteem.

Physical abnormalities of patients with Bulimia Nervosa results from purging behavior. There may be painless bilateral enlargement of salivary glands (sialadenosis). There may be scar on the dorsal aspect of the palm (under side of the palm) due to repeated trauma from the teeth, who manually stimulate gag reflex (by touching back side of the tongue or pharynx to cause vomiting). There may be erosion of frontal teeth due to repeated touching of frontal teeth by gastric acid during self induced vomiting and erosion of enamel. In women there may amenorrhea (lack of menstruation), or oligomenorrhea (irregular menstruation).

Bulimia Nervosa can be treated as out patient basis. Cognitive Behavioral Therapy (CBT) is given for 4 to 6 months to control concern regarding body shape, dieting, binge eating and purging. Antidepressants are effective but CBT is more effective than antidepressants. Antidepressant fluoxetin 60 mg per day is recommended. In CBT the patient is asked to monitor the circumstances, thoughts and emotions associated with binge or purging episodes. Patient is advised to eat regularly and challenge their assumption linking body weight and self esteem.

3 Tips on Living With Diabetes